Hey everyone! Some exciting news this week - we've been tweaking our control algorithm to get more prepared for Innovation Night, as well as building a standalone grinder so everyone can grind up whatever they want when they show up :)

We've also added a new way to RSVP for those who don't do the whole Facebook thing - join the Meetup event here. You only need to RSVP once, so if you're already part of the Facebook event, no need to join the Meetup as well.

In keeping with the theme of featuring the other great companies that will be exhibiting with us, we've got an un-edited interview with Matter and Form for this week. Their 3D scanning system was the first affordable 3D scanning solution, and still ranks at the top of 3D scanners available today. Nevertheless, they're just about to launch a Kickstarter for a new product, and will be showing it off for the first time at Innovation night! Yet another great reason to come by :) 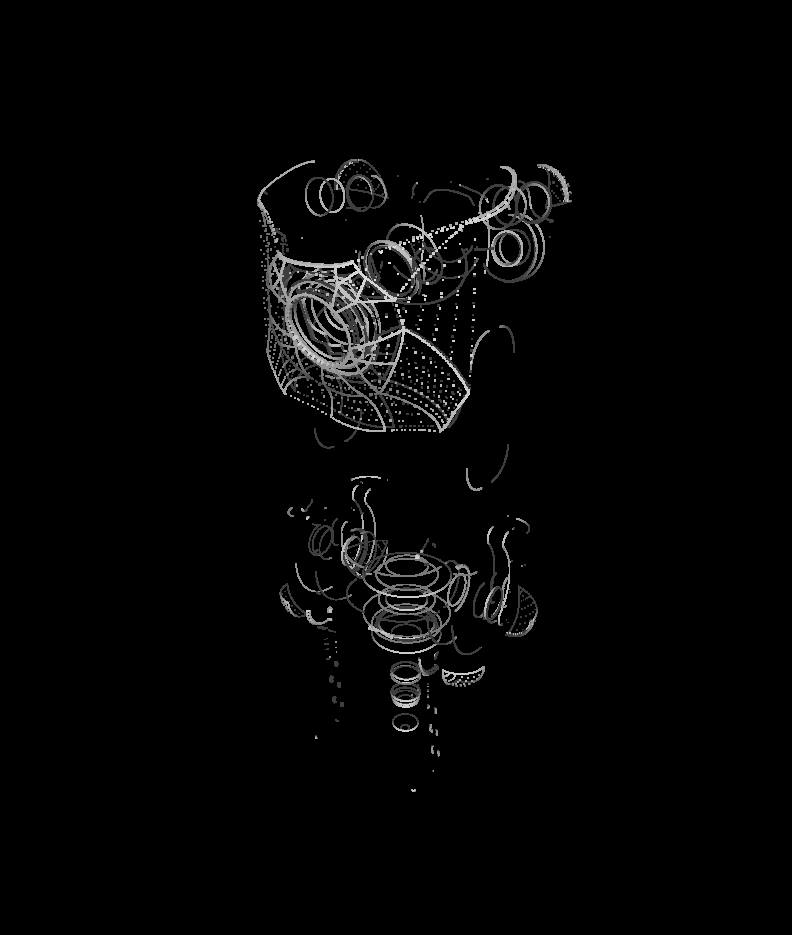 A teaser drawing of Matter and Form's upcoming Kickstarter

Without further ado, my interview with Drex Cox, their founder and CEO. Questions in bold, answers below:

-------------------------------------------------------------------------------------
The Matter and Form scanner is "The worlds first affordable 3D scanner” - where did the idea come from, and what was the journey to make it a reality?
A few years ago, we were messing around in the shop, actually building a 3D printer, and realized we really needed a 3D scanner to mod one of the parts. We looked online and they were all super expensive, $5000 at minimum. That's when we thought we could just build our own?  So we did. After we made a prototype, a few people around us got really interested and thought that we should try and crowdsource it. At that point we launched on indiegogo, and raised way more than we expected. We thought we were going to make them by hand, but after the campaign, we had to go into mass production mode.
That was almost 3 years ago, and we didn't ship till late last year. Since then we've sold thousands of units and delivered them all over the world.

You guys were one of the first Toronto based 3D printing campaigns to really make it big. What was the Indiegogo like, and how have things changed in the 3D printing space since then?
Well, we couldn't do kickstarter at the time because it wasn't open to Canadians. So we did indiegogo instead. It was stressful for sure, as you're never sure if you're going to make it or not. It's a true test to see if people actually want your product enough to spend money before it's a reality.
In Toronto, there were some people in the space wanting to make their own printers. The base rep-rap plans were open and available and some people were really doing quite well on kickstarter and indiegogo, so I think it caused a little bit of a gold rush. What people don't realize is that it's not that easy. And even if you do well with crowdsourcing, what looks like a lot of money on kickstarter, isn't really that much when it comes to creating a product from scratch. We struggled to make sure the money went as far as it could and we tried to make the best product possible. Thanks to our backers and our initial pre-orders, we were able to finally ship.
Today, there are tons of 3D printers in the space, and we've seen even more drop off since the inception. The unfortunate thing, is that the innovation around them as been minimal. I expected a bigger development in the technology.

It seems like you're always innovating and coming out with new things. After the scanner came out, you released Cashew, and now there's another kickstarter in the works. For those that don't know, what is Cashew, and why is it better than everyone else?
Cashew is an online platform and mobile app suite. You can upload 3D content and it lets you share it online anywhere you want. Cashew is still quite young, its growing quickly, but it's still young, and so we still don't have all the features built that we want. However, we are working with the community to develop anything they ask for. Cashew also provides very fast 3D viewing of a model, by reducing the number of polys. You can still view the original high poly model, but if you're just checking stuff out on your phone, the bandwidth is great and the speed is amazing. You can also upload most file formats, and cashew converts it for you, allowing you to download any other format.
We're dedicated to keeping Cashew free and for the makers of this world, but still give them the best platform out there.

It seems there's a new crowdfunding campaign for 3D printing every day now, yet very few actually make it into lasting companies as you have. What tips do you have for entrepreneurs trying to take their project past crowdfunding, and turn it into a real business?
Always expect delays, and unplanned for costs. I don't know how many times we thought we'd have enough time, and we didn't even come close. It's frustrating, but you grind through and hope your backers understand.

Swing by Innovation Night to check out more of Matter and Form, see their scanner in action, and find out what their new Kickstarter is!